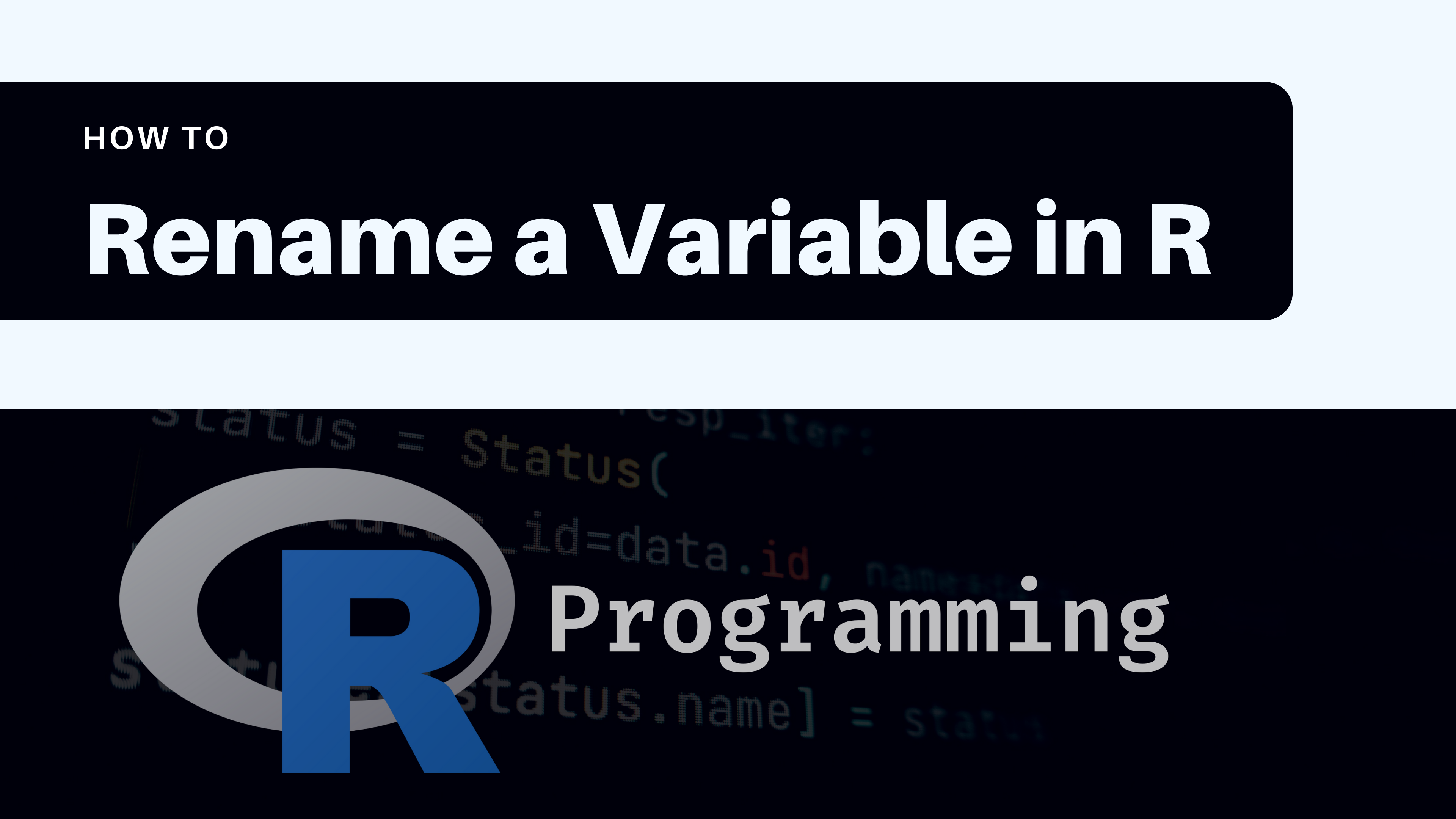 When importing datasets, variable names could often be non-intuitive or not easy to read. So, at times you may have to change the variable names. This guide will explain how to rename a variable in R.

Load the tidyverse library by running the following code:

To check the variable names in the dataset, use the name() function. For this example, we will use the in-built dataset provided by R, known as the iris dataset. However, you can use your own dataset. Run the following code:

To rename the variable, use the rename() function. The syntax of the rename function is:

For example, if we want to change the variable name “Species” to “Kind”, run the following code: