Linux Regular Expressions (Regex) are special characters that help search data based on matching complex patterns. They are used in many Linux command-line utilities, such as rename, bash, sed, grep, etc. In this guide, we’ll be focusing on the grep command.

grep searches for patterns in a file(s). patterns refer to one or more patterns separated by newline characters, and grep prints each line that matches a defined pattern.

There are three main types of Linux regular expressions:

A Basic Regular Expression (BRE) is a regular expression consisting of the exact characters of the string to be matched.

In this example, we list all comments in the /etc/adduser.conf file. (Note that the # sign prefaces comments in .conf files). 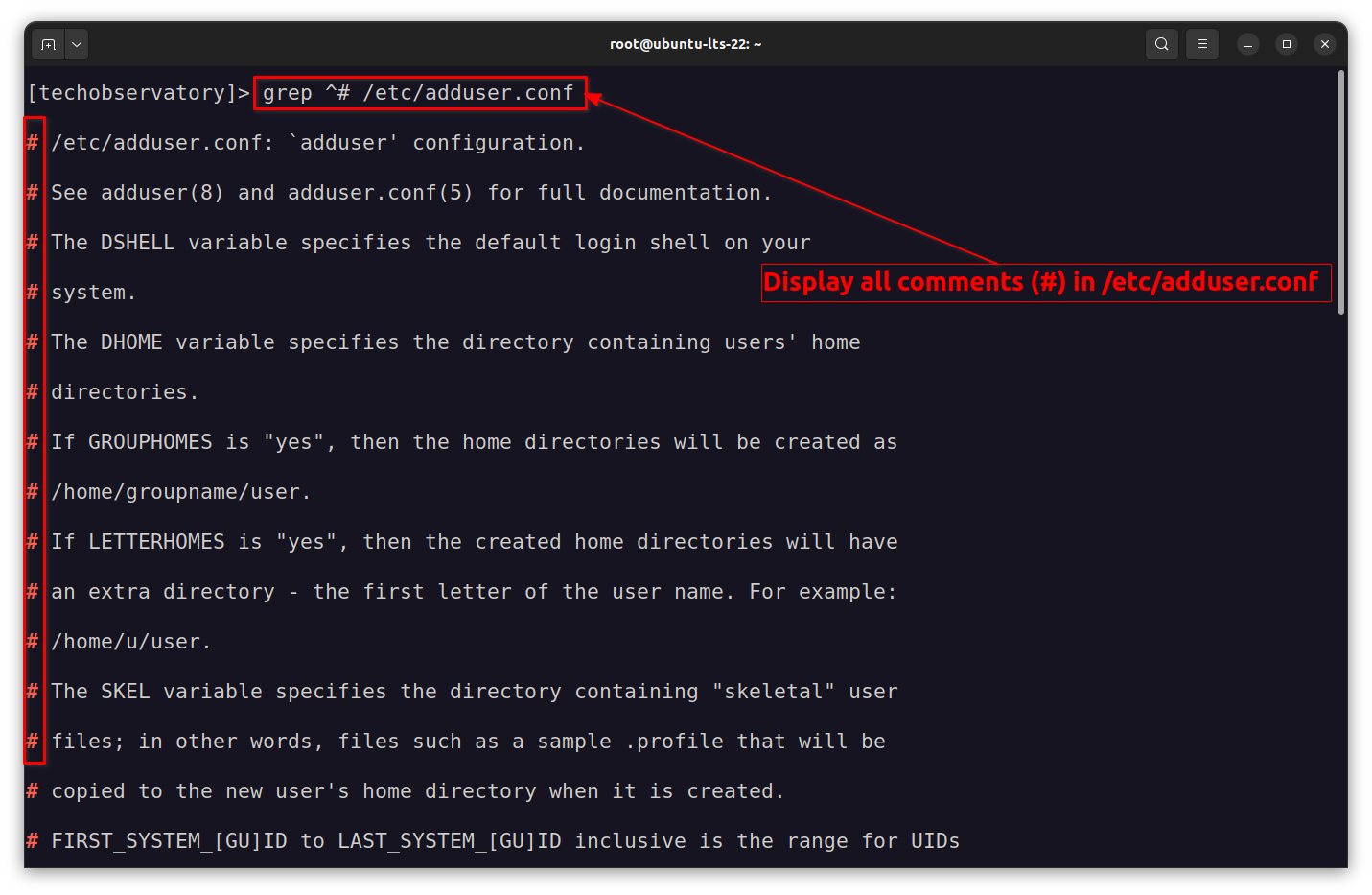 Display all comments (#) in /etc/adduser.conf.

An Interval Regular Expression (IRE) is a regular expression that reports the number of characters in a string.

In this example, we’ll find all content in the /etc/adduser.conf that contains the ‘l‘ character exactly two times consecutively.

An Extended Regular Expression (ERE) is a regular expression that contains more than one expression.

The extended regular expression contains more than one expression.

In this example, we’ll search /etc/adduser.conf where character ‘t‘ precedes character ‘a.’