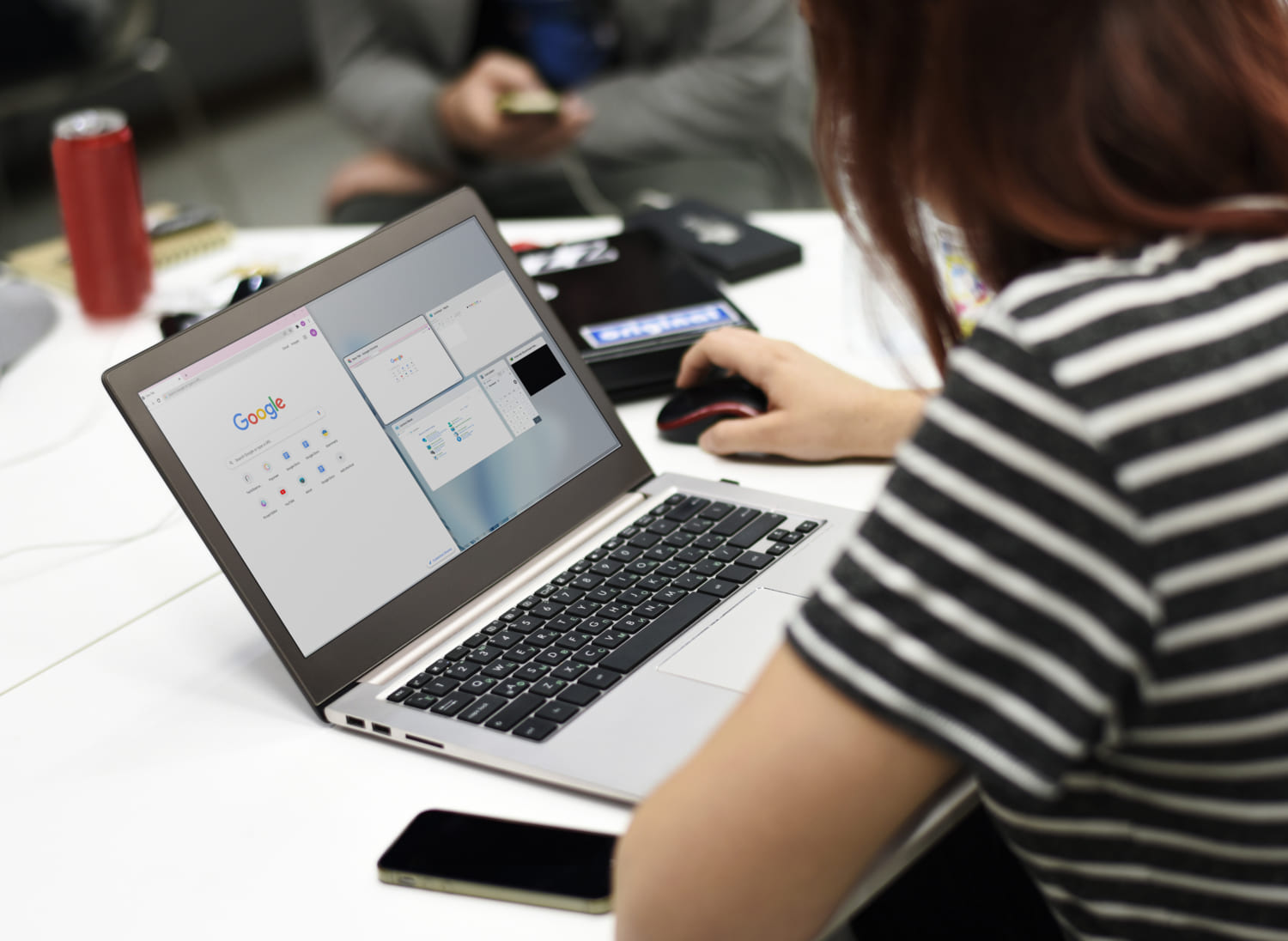 If you ever feel like you have too many windows or tabs open on your PC, you should be using the split-screen feature to help make things more manageable. Split-screen allows you to view two or more different applications on your screen. This feature can be helpful when you’re trying to compare data or follow instructions from another document while working on one.

Before we start, you’ll need to ensure that the Snap Windows feature is enabled. Windows 11 allows the Snap to Windows feature by default. However, it’s good to double-check and make sure it’s switched on.

Use Snap Layout to Split a Screen

Once the Snap Windows feature is enabled, use it to split your screen. The Snap Layout feature presented in Windows 11 makes this procedure straightforward.

These are the six layouts you can select from:

This option will place the window on the left side of the screen in a 50/50 split with the other window.

The 75-25 percent option will give the left window 75 percent of the screen space and the right 25 percent.

A 33/33/33 percent split divides the screen into three equal-sized parts.

This screen split puts the main window on the left side of the screen, with two stacked windows on top of each other on the right.

One of Windows 10’s most notable features for split-screen multitasking is Snap Assist. This approach is still accessible in Windows 11 since the new Snap Layout feature in Windows 11 builds on, rather than replaces, the Windows Snap capabilities that were previously available.

The snipping tool’s ability to link multiple windows together has many additional features.

For example, suppose you split two sets of windows. In that case, you can switch between them as connected groups rather than going through each one separately.

Just hover over the taskbar icon of any window that belongs to a particular group and click the group representation next to the separate window’s popup.

If you want to use keyboard shortcuts to manage your split-screen windows, there are a few different combinations that you can use.

Here are some of the most popular shortcuts for splitting your screen on Windows 11: