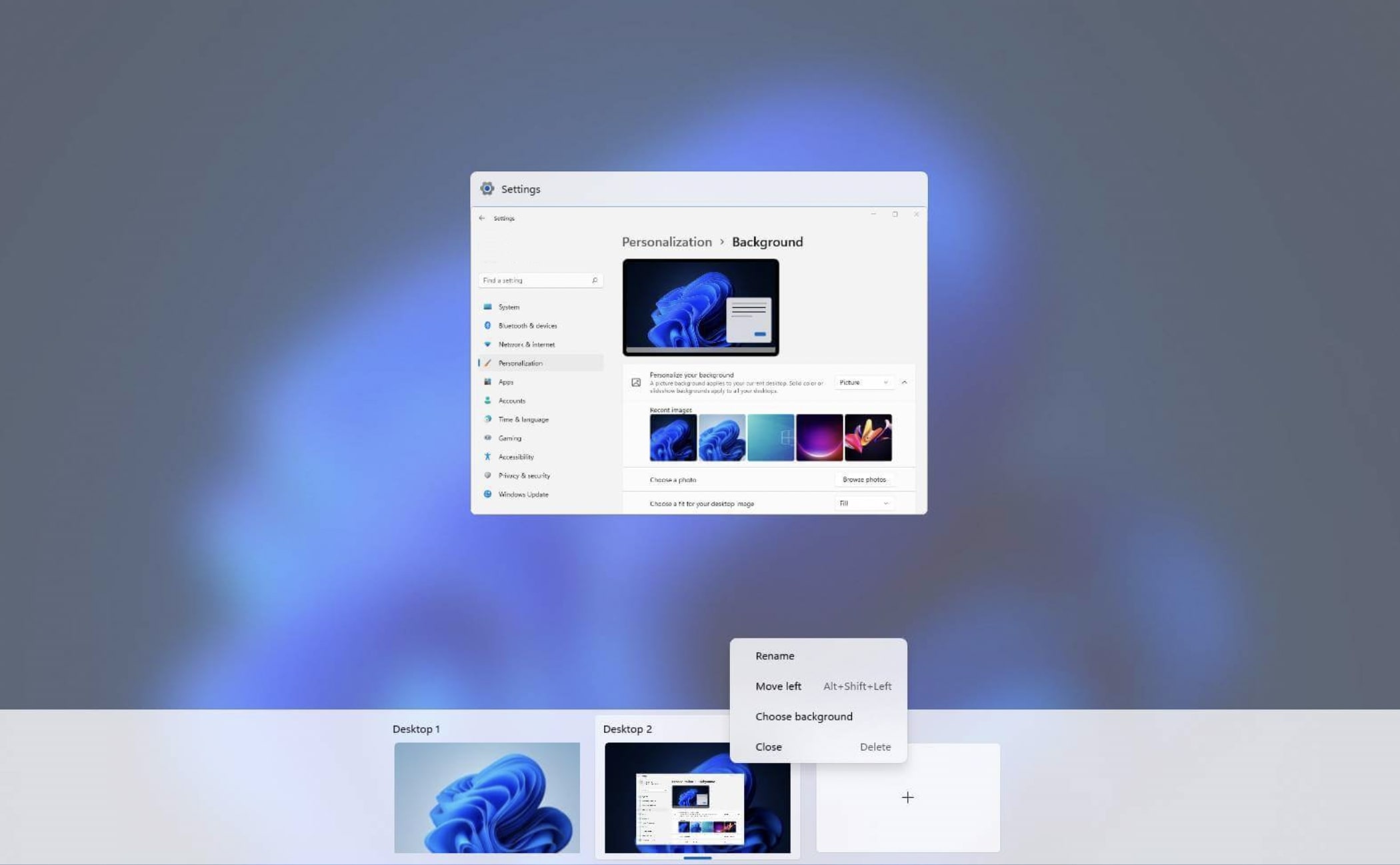 “Virtual Desktops” aren’t a new Windows 11 feature. However, Microsoft’s latest OS has brought them front and center. On Windows 11, you can easily access and manage Virtual Desktops from a taskbar icon.

Microsoft wouldn’t promote a useless feature, so you probably ought to be using them. But why? And, more importantly, how?

By the end of this post, you’ll be juggling multiple Virtual Desktops and wondering why you didn’t use them before!

How to create virtual desktops

By default, Windows doesn’t use any Virtual Desktops. Only the desktop you’re on is active. If you visit your list of Virtual Desktops, that’s the only one you’ll see there, named Desktop 1.

You can create multiple Virtual Desktops. They’ll be accessible from the same button on the taskbar or the Windows Key + Tab key combination.

How to delete virtual desktops

Do you have more Virtual Desktops than you need?

Would you prefer a quicker way to get rid of your active Virtual Desktop (the one you’re currently looking at)? Press Windows Key + CTRL + F4.

How to manage virtual desktops

You’ve created some Virtual Desktops, but how can you use them? Most of the apps you run will show up on the currently active desktop. When you move to another Virtual Desktop, their windows will “stay-behind” where you left them.

With your Virtual Desktops all set up, it’s easier to jump between them using the keyboard. Keep Windows Key + CTRL held down, then press the left or right cursor key.

1 thought on “How to Use Virtual Desktops in Windows 11”