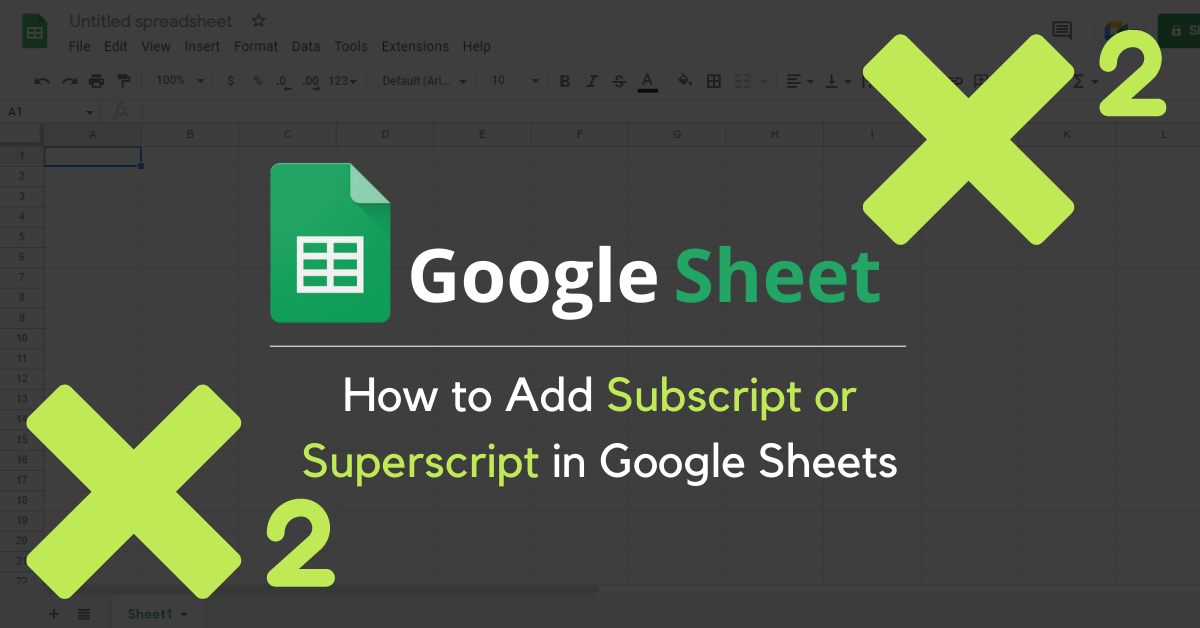 Subscripts and Superscripts are characters that are smaller than the standard text:

Two main methods are used to add Subscripts and Superscripts in Google Sheets.

CHAR stands for “Character function”. CHAR allows you to convert numbers into special characters such as Exponents, Emojis, Typographical symbols, and others.

The syntax for the CHAR Function is:

Where Number is the number that specifies the character you want. Here is an example of the CHAR function in use.

There is no native way to write subscript or superscript characters without using the CHAR function. However, you can use third-party websites and copy-paste the characters from there. For example, some popular ones are unicode-table.com or graphemica.com. I will use Unicode-Table for this example: