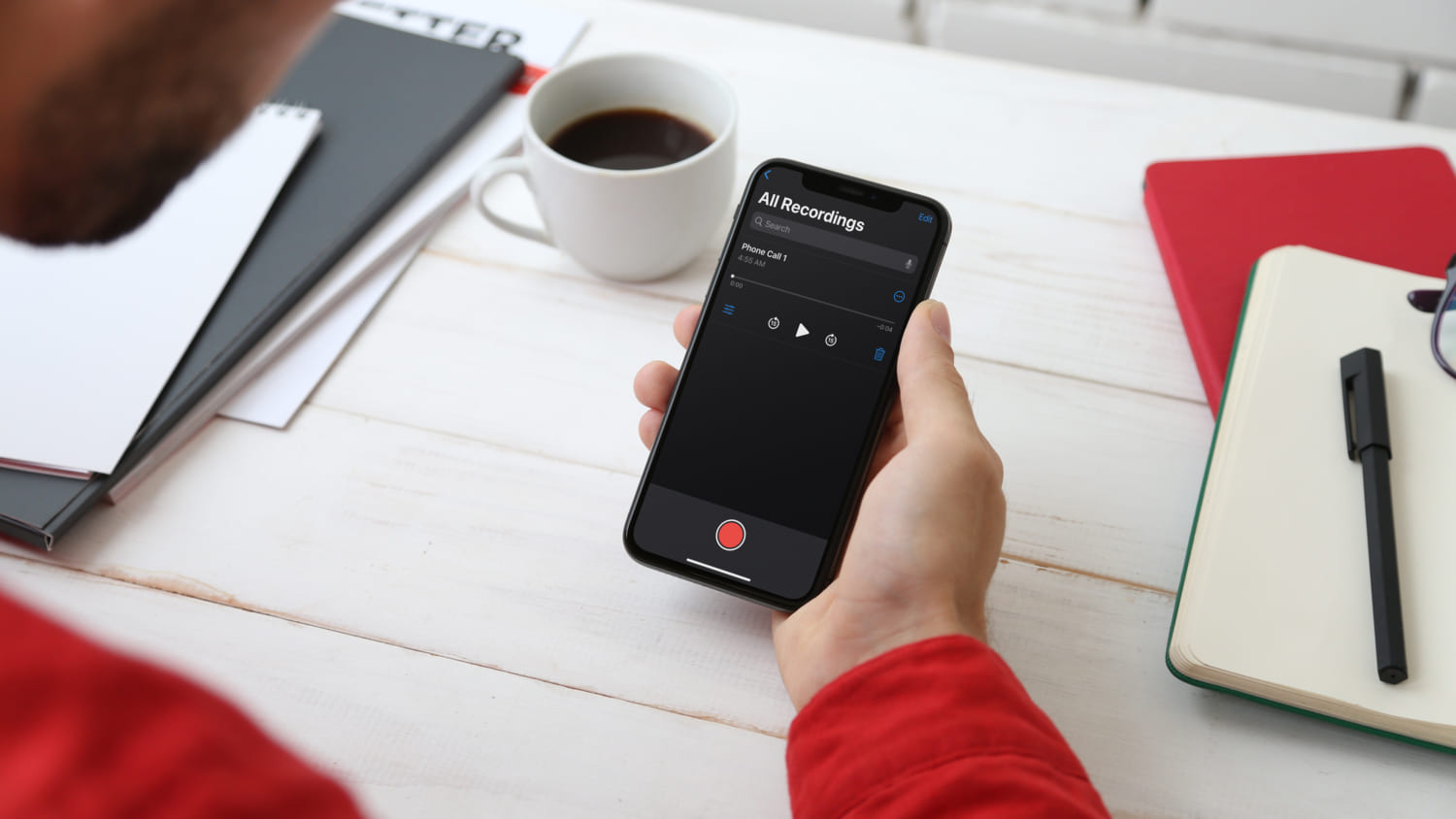 Whether it’s a call for a job interview or with a loved one, knowing how to record phone calls on your iPhone is important.

While the built-in Phone app on iPhone doesn’t support call recording, there are third-party apps that can help.

Warning: Recording calls is illegal in many countries. Make sure you check local laws before you proceed with recording a phone call.

This isn’t the most convenient method as you need two devices, but it works.

On one device, make the call and put it on speaker. Use a voice recording app to record the call on the second device. The second device can also be a microphone or another piece of hardware that allows you to record.

Once you’re done recording, you can AirDrop it to the other device.

Note: You can’t use a voice recording app on the same device to record.

Google Voice is a phone app that lets you record incoming phone calls. Unfortunately, the app is only available to users in 48 U.S. states, and it doesn’t record outgoing phone calls.

With the Google Voice app, you can press 4 while you’re on a call, and it will start recording the call. You’ll hear a voice announcing that a recording has begun, and both parties hear it. Therefore, it’s important to have the other person’s consent before you start recording. The recordings are stored in the voicemail tab on the app.

Automatic Call Recorder allows users to record outgoing and incoming calls, even without Internet access. You can edit recorded audio within the app and upload them to Google Drive, Dropbox, and OneDrive.

Note: Automatic Call Recorder comes with a 3-day trial period, after which you have to pay a monthly fee to continue using the app.

Call Recorder offers unlimited call recordings and transcriptions of the recordings in over 100 languages. The app also includes information about call recording laws to know if it’s legal to record calls (with or without consent).

Note: Call Recorder by Trivia Tribe LLP has a 7-day trial period, after which you must pay a monthly subscription.

Phone Call & Voice Recorder allows you to record calls and your screen. It has a minimalistic interface which makes it user-friendly.

Note: Phone Call & Voice Recorder has a limited free version. To make unlimited recordings of outgoing and incoming phone calls, you will need to buy a subscription.

Can You Record Calls on FaceTime and Zoom?

While you can use the Screen Recording feature on iPhone to record video, it does not record the audio. Zoom has an option that lets you record both video and audio, but it’s only available to paid users. In addition, the third-party apps mentioned in this article can’t be used to record FaceTime or Zoom calls as they can only record calls you make using the Phone app.